The Tibetan New Year, known as Losar, is celebrated widely across Tibetan Buddhist regions. While it is determined by the Lunar Calendar, just as the Chinese New Year, it has historically fallen on a different date. In the Amdo region, the difference was only a day or two. In Lhasa, the difference between the two dates can still be up to a month. In more recent years, the Amdo New Year and Chinese New Year coincide making celebrations in the region far reaching. 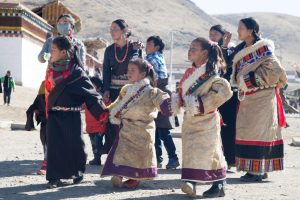 Amdo women and children arrive at the Sogtsang Monastery

One of the most traditional and important elements of the Tibetan New Year in Amdo, as well as other regions, is the performance of the Cham dance. Cham is the Tibetan word for dance. It is believed that the Cham dance originated in Tibet around 760-770 AD. It is perhaps the most important form of dance in Tibetan Buddhism and can be found in regions such as Bhutan, Nepal, India, Western China and Mongolia. Historically, its importance in Tibetan regions related to its use to defend the expansion of Tibetan Buddhism during the reign of Trishong Detsen in the 700s and its use by the dancing monk Pelgyi Dorje, who is known to have assassinated the Bon King Langdarma who was opposed to Buddhism in the mid 800s. 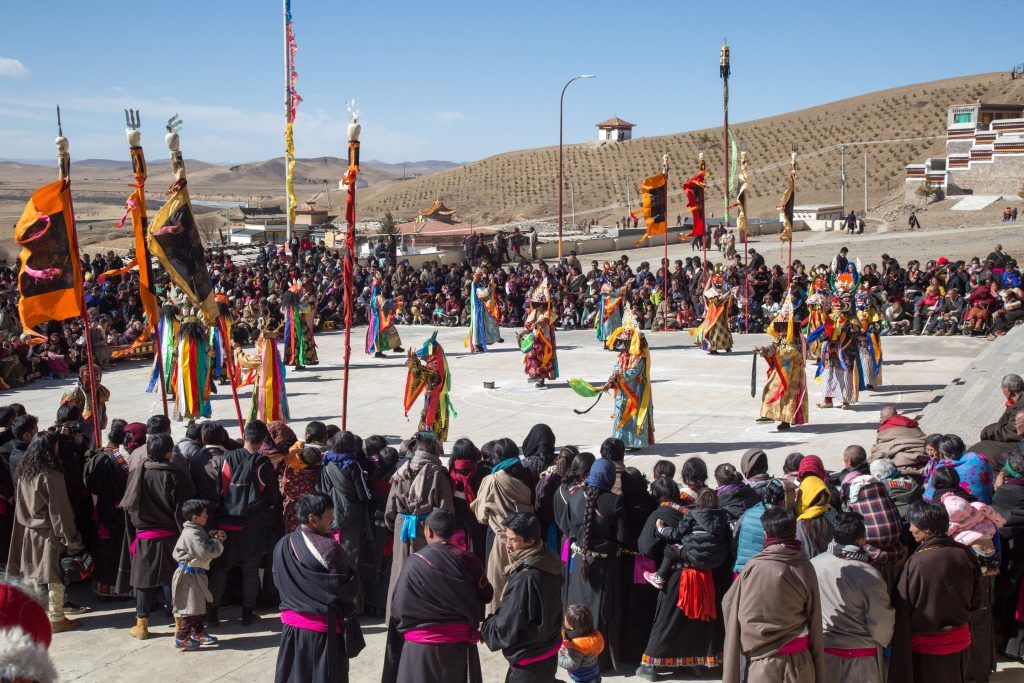 Religiously, the Cham dance is believed to draw evil out of observers to be disposed of by the practitioners of the dance. Tibetans also believe that the wrathful depictions of the deities will help them after death as they traverse a period of trials before rebirth. Perhaps the most important figure in the Cham dance is Yama, the king of hell. All in all there are about 14 different characters represented in the dance. 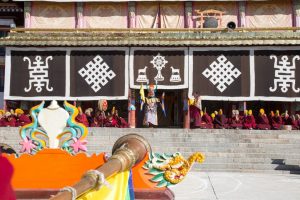 Yama, King of Hell, in the Cham dance